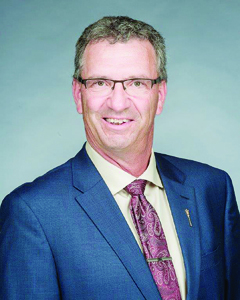 This month, Alberta’s new government passed an Order in Council giving itself the power to borrow $6 billion.
For those who don’t normally deal in billions, think of a million dollars, six thousand times over. With this single decision, Rachel Notley has stepped firmly onto the debt treadmill.
Governments climb onto the debt treadmill when they borrow to sustain overspending that’s structural, and that significantly exceeds yearly revenue. It’s a governing approach that assumes overspending is either necessary or desirable. It’s similar to earning $5,000 per month, and then maintaining a lifestyle that requires you to put another $1,500 on Visa every month.
Notley’s debt is referred to as government debt, but the fact is it’s taxpayer debt. Assuming four members per family, the premier just put almost $6,000 on the credit card of every family in the province.
Other provinces have had debt problems. Two-term Saskatchewan Premier Grant Devine created a fiscal catastrophe. Devine’s PCs were defeated in 1991, but before taxpayers could throw them out, the damage had been done. The new NDP Premier Roy Romanow inherited a massive annual deficit plus billions in accumulated debt — so much debt that, in 1993, Romanow’s finance officials met secretly with then Deputy Prime Minister Don Mazankowski, explaining Saskatchewan was about to default on $15 billion in debt.
Mazankowski saved Saskatchewan. (The details of the deal have never been made public.) Significantly, Romanow quickly cut spending and balanced the books. Today, the business-friendly policies and surplus budgets of Premier Brad Wall have further set Saskatchewan on a firm financial footing, well-positioned for investment and growth.
Devine managed poorly, yet Canada’s Big Kahuna in terms of debt and mismanagement is undoubtedly Ontario’s Bob Rae. When Rae became premier, Ontario’s debt stood at $38 billion. Five years later provincial debt exceeded $100 billion. Rae pushed Ontario’s debt-to-GDP ratio from 13.4 per cent to over 30 per cent. Thanks to Mr. Rae, and now the like-minded Kathleen Wynne, Ontario debt stands at $314 billion. Its debt-to-GDP ratio is brushing 40 per cent. Annual interest is roughly $11 billion.
Ontario taxpayers also hold a proportionate share of Canada’s $620 billion federal debt. Ontario has 40 per cent of Canada’s population, so its proportionate share of federal debt would be roughly $250 billion. Adding that amount to the Ontario provincial debt indicates Ontario taxpayers are on the hook for $560 billion. Greece’s debt is $350 billion U.S. Ontario has a significantly larger economy than Greece, and about 3 million more people. Even so, the contrast is sobering.
Regrettably, Alberta is now knowingly following in these debt tracks. Prior to the election, the PC government said Alberta’s provincial debt would reach $31 billion by 2019. Since then, Notley has pushed spending even higher. As a result, some analysts believe by 2019, Alberta could very well rack up debt of $40-$50 billion.
Rachel Notley is digging fiscal ruts. Her actions are more closely aligned with Bob Rae, rather than Roy Romanow. Rae boosted spending by over 10 per cent in his first year as premier, and borrowed billions. Romanow did the opposite. Over three years, Romanow cut spending by 10 per cent, and posted a surplus. In ten weeks as premier, Notley has already borrowed three or four times as much money as Romanow did in ten years. Plus she has boosted spending.
“Kitchen Table Talk” is a forum consisting of a small group of Wildrose MLAs who get together to evaluate and talk through a legislative policy issue.