“Oh, Canada” at the Glenbow 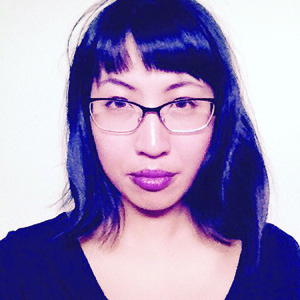 The last person you would think to create a comprehensive and thought provoking exhibit of Canadian art would be an individual born outside the country, but as American curator Denise Markonish is showing to the Canadian art community, it is the refreshing take of an outsider that can prove to be more engaging and intuitive.
An accumulation of 61 artists, “Oh, Canada” is vast, almost limitless in its extensive range of works and pieces. Currently being housed in four different galleries across Calgary, it is the largest show of contemporary Canadian art to be seen in the United States and has only once sat idle in the country of its name. The Calgary showing being the second. For Markonish this meant a voyage spanning three years visiting numerous studios and galleries.
The Glenbow Museum’s portion of “Oh, Canada” shares the second floor with a few other exhibits, but the five conjoined rooms housing the works certainly isn’t hard to miss with two entire walls painted red, and the words “Oh, Canada,” plastered in white.
Upon entrance, the large paintings of Janet Werner welcome you, the first being a portrait of a woman sitting in an office chair, her golden hair covering her face almost entirely except for a small part exposing a direct gaze. This cold stare is juxtaposed by the colourful comic book-like paintings of Chris Millar. Sitting opposite of Werner’s massive pieces, Millar’s miniature paintings are heavily detailed and encourage an indefinite step closer to view all the content within them. Keep walking and Annie Pootoogook’s notebook pencil crayon drawings come into view. Adjacent to this is a small room playing on loop a 35-mm film by Patrick Bernatchez.
While venturing from piece to piece the stillness of the Glenbow, save for the typical jangling of keys of security passing by, is calming, and is accentuated by the deliberate atmospheric lighting positioned throughout the gallery.
Soon enough, the sculptures of David R. Harper’s appear. A life-sized ornate velvet blue pig stands on a table while a children’s jungle gym, produced out of the same ornate material, inhabits the space next to it. The only other perplexing feature being the human bone shapes replacing the standard steel straight bars.
Residing in the last room is the largest, and only interactive piece in the gallery. Created by Daniel Barrows, ‘Thief of Mirrors’ is a large projection with interchangeable pieces. A video projector shows a scene reminiscent to a Disney princess film, a sort of ballroom with a balcony and elegant tiling imbued with feminine pinks and golden yellows. A distorted pink body lays on the floor holding an object, a full-length mirror standing at her feet. Along with this projection, two over-head projectors stand side-by-side, and when the pieces on these projectors are replaced with other images that sit on the table, the images seen in the mirror and the object that the body is holding changes. The dejecting images that can be chosen are contrasted against the calm, sweet music that sounds as patrons of the gallery fiddle with the over-head projectors.
Denise Markonish has created an impressive show portraying the versatility of the Canadian art community, and while the Glenbow doesn’t contain the full “Oh, Canada” exhibit, it’s a hint at what can be expected from the other galleries.
The rest of “Oh, Canada” can be found at the Esker Foundation, the Illingworth Kerr Gallery at Alberta College of Art and Design, and Nickel Galleries situated at the University of Calgary.
Hue Nguyen is a writer of comics and poetry. She has contributed to numerous independent and underground arts magazines including the “Asian Pacific Islander” and “NMD Magazine.”