Nothing subliminal about Kevin Nealon’s comedy 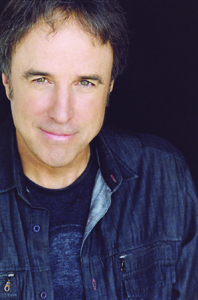 Over the years, I’m sure many Lethbridge County TV viewers tuned in Saturday nights to watch NBC’s Saturday Night Live (SNL) — as Dan Akroyd, Dennis Miller, Mike Myers and Kevin Nealon made us laugh.
SNL alumni Kevin Nealon just doesn’t want to pump you up — like one of his most memorable SNL characters from the “Hans and Franz” skit with Dana Carvey — he wants to make you laugh out loud Sept. 11-12 in Calgary at The Laugh Shop. The comic has been doing stand-up for over 35 years, was a cast member on SNL for nine seasons from 1986-1995 and was anchor on “Weekend Update,” portrayed a stoned accountant and business advisor on the Showtime hit series “Weeds,” and has appeared in many films along with other SNL alumni Adam Sandler, David Spade and Eddie Murphy.
For Nealon, one of the longest-running cast members on SNL, live stand-up has been wonderful for the man behind another memorable SNL character, “The Subliminal Man.”
“Crowds have been showing up and great audiences. It just seems like there’s always room for more comedy. Whether it’s on the Internet or on TV or in clubs. People love to laugh. Especially the idea of going out and seeing it live. It’s fun. It’s a fun date night, it’s a fun evening to share with friends or your spouse or whatever,” Nealon said last week, as he spoke with the Sunny South News.
Nealon’s movie credits include “Anger Management,” “The Wedding Singer,” “Happy Gilmore,” “Joe Dirt,” “Daddy Daycare,” “Grandma’s Boy,” “Roxanne” with Steve Martin, “Just Go With It,” “Blended” and many more.
This fall and winter, Nealon is out on the road doing weekends, evenings, shows with fellow SNL alumni Norm Macdonald, and some solo gigs including two nights in Alberta.
“I never really do a tour,” Nealon said, but he does love Canada.
“I’m up in Montreal at the comedy festival ‘Just For Laughs.’ I love working in all the comedy clubs up there. I’ve worked in all of them, I think,” he said, noting he’s also visited British Columbia and Alberta in the past.
“Calgary, I love — I was up in Lake Louise last summer and just loved it up there. I used to live in Europe and it kind of reminded me of that a little bit,” Nealon noted.
Nealon has had great success with his two stand-up specials “Whelmed… But Not Overly” and “Kevin Nealon: Now Hear Me Out!” but for the time being his focus is on film work.
“I’m writing a film right now I hope to shoot next year. That’s more my focus. Stand-up has always been in my life. It’s always been a part of me and I do other things, as that’s happening too,” said Nealon, adding the project is a dark comedy and it’s based somewhat on an episode of the comedian’s life. The project, Nealon said, will be crowd-funded, which a lot of entertainers are turning to nowadays to shoot movies funded by fans. “It’s been interesting watching it evolve. From Zach Braff to Kristen Bell to Super Troopers. I think if you have a well thought out plan, it can be successful,” said Nealon.
Last year, Nealon hosted the AOL series, “Laugh Lessons With Kevin Nealon,” which paired him with a bunch of stars including Sarah Silverman and Ellen DeGeneres. “We did one season of it and will see if they want to do more.”
“That was a lot of fun. That kind of came about when Gary Shandling, the comedian, came over to my house when my son was four and he was playfully hitting him in the head with a pillow, teaching him pratfalls. He said, ‘When I hit you in the head with a pillow pretend I hit you hard and fall.’ I thought, this would be a good idea for a show. Comic legends teaching young kids the art of comedy,” said Nealon.
Nealon’s also been thinking a lot lately about writing a follow-up to his 2008 book, “Yes, You’re Pregnant, But What About Me?” That book was a comical look at the male perspective of pregnancy.
“I think it’s time for another book. I’ve got so many stories and experiences,” he said. He also has a small part in the upcoming The Lonely Island untitled movie starring Andy Samberg, also a fellow SNL alumni and star of the hit TV show “Brooklyn Nine-Nine.”
After Nealon appeared on SNL for nine years, he said, he wondered if there was ever going to be another show he was on as popular as SNL or as interesting to him.
“I did a couple of sitcoms between that and nothing really happened and then ‘Weeds’ came along. I saw the script — my agent sent it to me and I saw the title and I thought — just another stoner kind of thing and it’s been done to death. I read it and I thought, wow this a real interesting twist on a story that involves weed and pot smokers and the characters are really fleshed out and interesting. So, I went in and got the part and it was a great run,” he said.
As for a live Kevin Nealon show, he noted, audiences are quite eclectic and diverse.
“I draw from my years on SNL, and then there’s the crowd for ‘Weeds’ and then there’s the housewives from watching Ellen and then I have the Sandler crowd from doing all those Sandler movies. It’s really hard to have a certain or type of audience,” said Nealon. Nealon appeared in segments on the “Ellen DeGeneres Show” including a visit to the Hello Kitty Convention this past summer. “It’s really a mixed bunch.”