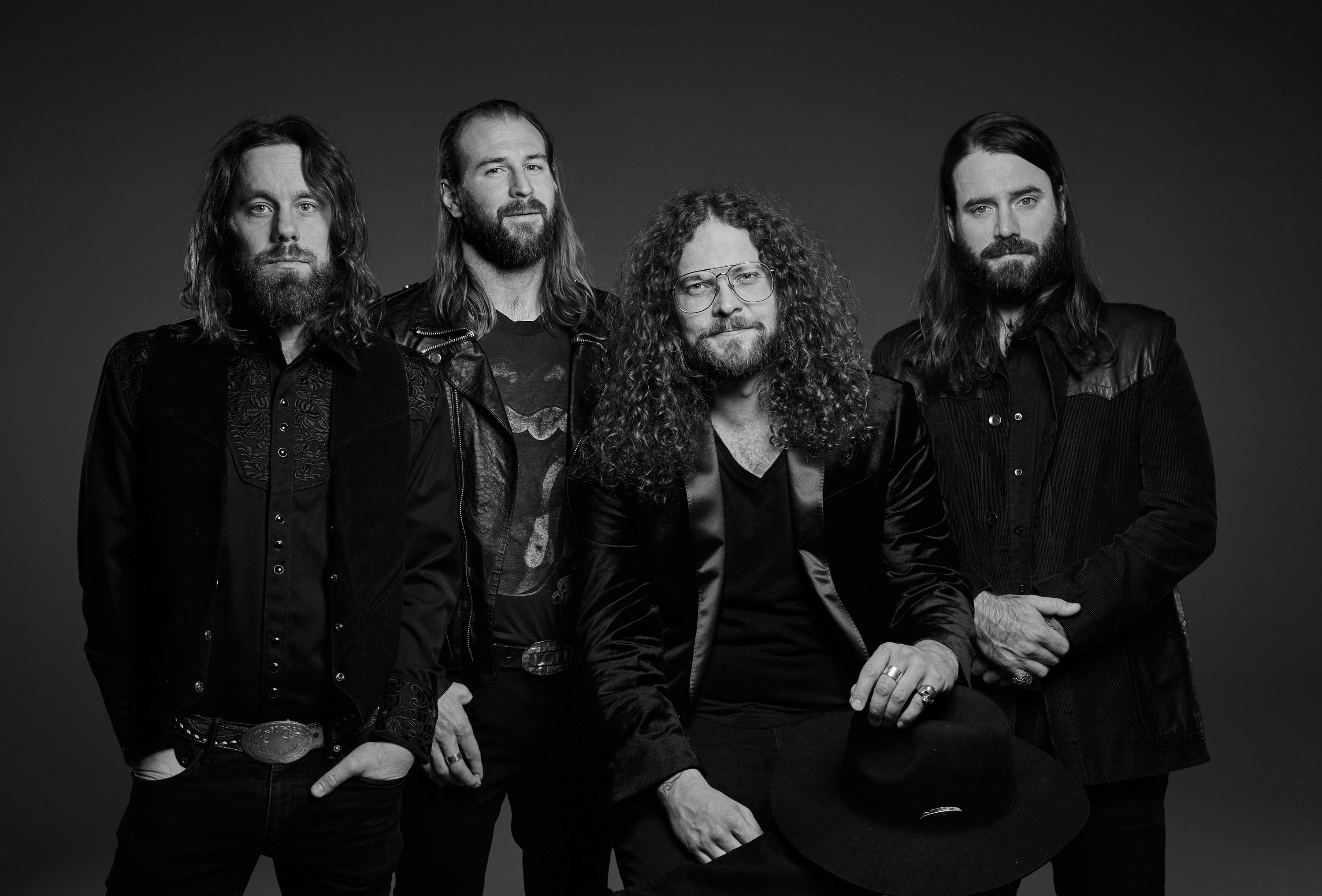 Monster Truck returns to southern Alberta with the Hamilton, Ontario no-holds-barred rock and roll quartet’s “hard, heavy and soulful sounds,” or so said one of rock and roll’s most iconic and legendary guitarists — Slash. The band has toured with the Guns N’ Roses guitarist.
Canadians have called Monster Truck’s no-frills style groovy, sludgy, stoner rock and a vintage sound. And in true warrior style, the band has had a tumultuous summer hitting summer festivals throughout North America and abroad with a stop in Lethbridge during Whoop-Up Days Aug. 26 in support of their latest release “Sittin’ Heavy.” The band, according to guitarist Jeremy Widerman (also on vocals) has spent most of the weekends this summer doing something, somewhere in Canada. Western Canada, Widerman explained, is pretty much the band’s strongest area of support in the country.
“I think a little of it has to do with the very first tour we ever did about six years ago with Nightseeker and Deaner of ‘Fubar.’ We ended up having, I think it was 11 dates in Alberta. It was really kind of the grassroots beginning of Monster Truck out there,” he said, adding the band heads out to Europe to tour with Nickelback in the fall. “Arenas across Europe is definitely a way to spend the fall,” he said.
Widerman said the band will be hitting a lot of markets they’ve already been to but will be also getting into some markets never devoured and conquered by the band. “Things are going great over there,” he said, adding the band has even started to get a little bit of American airplay and the band continues to dominate the European rock and roll music scene with the momentum of the new record.
Monster Truck’s hits include “Seven Seas Blues,” “Righteous Smoke,” “Sweet Mountain River,” “Don’t Tell Me How to Live, “ and “For the People.”
Canada’s musical soundscape has always had a fair share of great artists, Widerman said, which is a testament to the system Canada has in place to help up and coming bands including Factor and other grants available to Canadian artists.
“It’s very tangibly obvious how much it’s assisted us in being able to afford certain tours we may not have been able to subsidize financially and I think you just see that reverberating throughout the entire country with the quality of talent we’ve got,” he said.
Widerman explained, for the most part, the band has overcome the hurdles of getting through the retail market with the band’s label and Dine Alone Records and now with a licence deal in Europe with Mascot.
“And that’s still a very viable way to help promote the band and have people finding out about the music. Online, I think in a lot of ways, it’s hurt that side of the industry but at the same time it allows people in areas that don’t have distribution or access to our retail albums, they can find out about the band and hear the music and get access to it. A lot of times you don’t see some of that, some of the positives that come through having global distribution automatically when you get digital involved but I think it’s something the more we get out there and see where we have fans we didn’t know about, you start to see the virtues of that platform,” he noted.
Widerman said the band is going to start thinking about recording again, while out on the road touring their latest album.
“Shortening up that album cycle we kind of did with ‘Furiosity’ and ‘Sittin’ Heavy’ where it was two years. We’re going to kind of put it to one and we’re really excited about a lot of new music and getting back in the studios when we get home,” said Widerman.
“We’re really excited to get back to Lethbridge,” he said. “It’s kind of where the band started, so we’re excited to revisit those roots.”
Also, don’t miss the Roots and Blues Festival Day on Aug. 27 at Pioneer Park during Whoop-Up Days. The day will feature J.J. Shiplett, Angel Forrest and The Last Waltz.
For more information about all the acts performing at this year’s Whoop-Up Days Family Festival check out http://www.exhibitionpark.ca.