The Boxmasters sing about boys, girls and the world 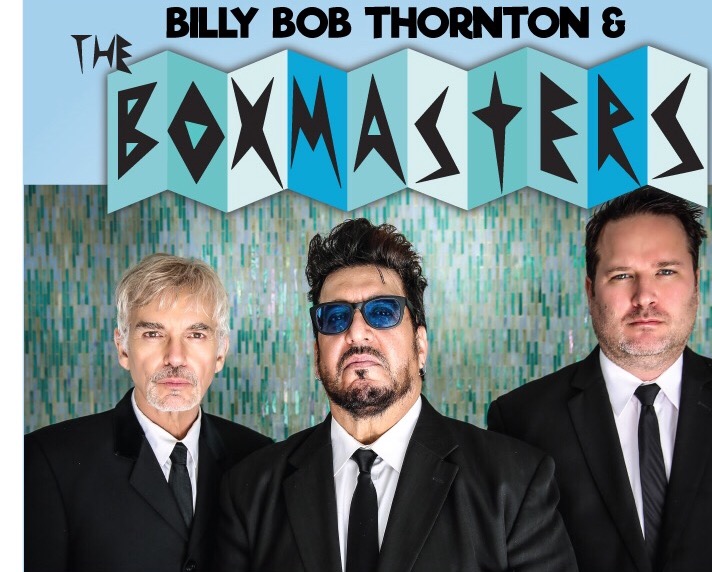 Not only is Billy Bob Thornton an actor and award-winning screenwriter — he’s also a kick ass country rock and rockabilly singer/songwriter for the critically acclaimed band — The Boxmasters, coming to Average Joe’s in Lethbridge Sept. 8 and also performing in Medicine Hat and Calgary this month. The one-night show features hits off the band’s latest double CD set released Aug. 9 — “Boys And Girls… And the World.”
“We’re really excited about it. We generally always make a two-record set,” said Thornton, from the tour bus late last month. He added the band is happy with the new collection of music. “Our earlier records were kind of stylized, sort of concept records.”
These days, Thornton said, the band just sounds how the band sounds naturally, while The Boxmasters continue to write songs that run the gamut from relationship pop rock songs to dark personal songs to songs dealing with global issues.
Thornton noted the band’s been out on the road for a few weeks with some terrific shows and great audience response to the new music. “We have a pretty decent cult following down here in the United States. We love them but we love getting new fans. That’s what our hope is up there — we get people on to us that don’t know us already,” he said.
As for the band’s upcoming stint of shows, Thornton said, audiences can expect some straight ahead rock and roll. “There’s not a bunch of pyrotechnics or anything like that,” he assured fans of good old rock and roll. The Boxmasters’ sound could be considered Tom Petty/Blue Rodeo-esque.
According to Thornton, the live show depends on the audience, as there’s some audiences that just want to hear the music and then some that want to know what the songs are all about.

“Sometimes I’ll talk to the audience and I’ll explain before songs what they’re about. It depends on the vibe. If you’re playing a big rock and roll club, which we play quite a few of those, and the audience is inebriated when they get there — usually, they just want to hear the song,” he joked. But, he added, if you’re playing a theatre, where people are in the seats and they’re a more captive audience — “A lot of times they like stories about the songs,” he said.

When Thornton was asked if he gets a chance to check out any live music venues when not on the road, he replied, “I don’t get out much.”
“My daughter’s going to be 12 years old in September and my sons are 22 and 23. We live up in the woods in California. To tell you the truth, I’m kind of not much a part of society,” he joked, adding he’s either working or at home. “I don’t have much of a recreational life, I guess you’d call it. I listen to a lot of records though.”

Even though the band has been together for 10 years, Thornton said, The Boxmasters feel like a new band still trying to make it. “We really appreciate it when people respond to our records,” Thornton said.

The Boxmasters formed in 2007 with Teddy Andreadis, J.D. Andrew and Thornton. The band has even released a Christmas album entitled, “Christmas Cheer” and The Boxmasters also performed at The Grand Ole Opry last year.

Guitarist J.D. Andrew noted the band has a new label with the release of their new double CD set. “They’re an upstart and this is their first release. Everybody’s kind of getting their sea legs ready and getting it figured out,” Andrew said, adding the latest release is only available at shows and on the band’s website.

“It’s not available as a download. That’s part of the label’s name — No Download Records. We did a double record and put all the lyrics and liner notes in there too. We really want to have a listening experience,” said Andrew.

The new collection, Andrew explained, also has a lot of songs. “Billy writes a lot of lyrics. Sometimes you need to read them to be able to understand what he’s saying. And, other times, I have no idea what he’s talking about,” he joked. “It’s always a pleasure to try and decipher what some of these songs are about.”

According to Andrew, during the recording process of the latest double CD set, the band usually got together and recorded between four and five songs in a span of three or four days.

“Usually the writing process is pretty quick. Billy will start with some sort of lyric idea or I’ll give him a piece of music he’ll write words to or we’ll all get together with Teddy and come up with stuff. If it doesn’t come quickly, we usually kind of can the song or never finish it. For the most part, we bang them out pretty quickly. Those are usually the ones that stick with us,” added Andrew, about The Boxmasters’ recording process.

With next spring marking 10 years for The Boxmasters, Andrew said everyday the band keeps fighting the battle and they seem to just keep on keeping on. “It’s not something we get tired of,” Andrew said.