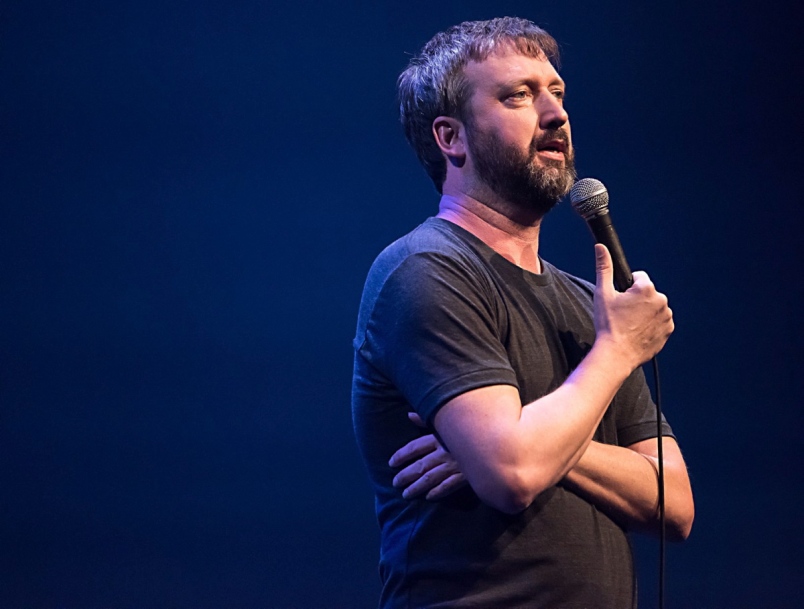 Lethbridge, according to Canadian comedian, actor, broadcaster and rapper Tom Green, is the one and only Alberta stop during Tom Green’s upcoming Snow Jam Comedy and Hip Hop Tour with special guest Vinyl Ritchie. Green and his snowboarding cohorts hit the Studio Nightclub stage Feb. 18.

“I’m kind of creating a new kind of show I haven’t done before. People who have come to see me do stand-up before, they have to understand this is a different kind of show. I’m combining music, comedy and snowboarding and that’s why it’s called a ‘snow jam,’” said Green, from warm and sunny Los Angeles.

Among a plethora of innovative projects, Green was an anything-goes MTV personality, had roles in the cult classic films “Road Trip,” “Freddy Got Fingered,” “Charlie’s Angels,” and “Stealing Harvard,” graced the cover of “Rolling Stone” magazine, was in the guest-host chair on “The Late Show with David Letterman,” had a highly popular Internet talk show entitled “Tom Green’s House Tonight,” had a TV interview series called “Tom Green Live” and created “The Tom Green Radio Show” iTunes podcast.

Snow Jam, the tour, was the result of Green’s desire to return to the slopes to snowboard, as it’s been a few years since he donned his snow gear and got his winter Great White North on. Green added fans will have an opportunity to snowboard with him and his crew at upcoming shows in Fernie, Nelson, Whistler, Golden and at Sun Peaks.

“At the show I’m going to announce a secret location and you can come snowboarding with me the next day,” Green said.

Another big thing about this tour, Green said, is he’s actually touring with a DJ. “I’ve been touring all over the world the last 10 years or so, but this tour I’m bringing a DJ with me.”

“We’re going to basically be doing essentially a comedy hip hop hybrid, meaning I’m going to be bringing back some of my old beats from my hip hop years, as well as some new beats and some new music I’m working on now. We’re just going to drop some funky phat rhymes and some crazy beats with some comedy incorporated in,” Green said.

According to Green, he would like to invite fellow snowboarders to follow him on his upcoming tour. “We’ll be having a blast. It’s going to be a good one.”

Green is also looking forward to his upcoming European Comedy Road Trip this summer.
“It’s a new European tour I’m going to be doing and that’s going to be really, really awesome,” he said.

Green is also in the early stages of recording tracks for a new album, which may see the light of day with an official release later in 2017 or next year.

“It’s something I love. I love making music. I’ve built a recording studio here in Los Angeles. I’m always recording and writing beats, music and songs. It’s going to be cool,” he said.

Television-wise, Green said he has a few things in development, but they’re a little early to discuss. During the upcoming snowboarding tour, Green pointed out, there will some fun digital clips, which will make the live show a multimedia event.

Green has been touring and having a blast doing stand-up and performing at comedy festivals and venues across the globe and he noted the live comedy scene seems to be as vibrant as ever.

“It’s really been a life changing thing for me. I’m up on stage performing in front of my fans every night and every week I’m performing somewhere and it’s really, really great,” he said.

Doors open for Green’s Snow Jam Comedy and Hip Hop Tour at 8 p.m. at the Studio Nightclub. Tickets are $30 in advance and can be purchased online at ticketweb.ca.