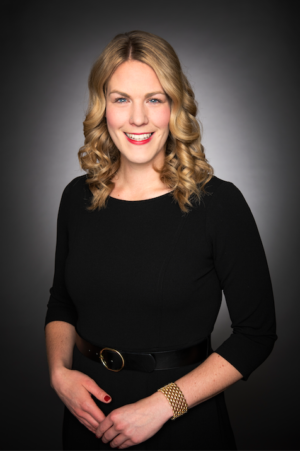 On Aug. 18, Justin Trudeau prorogued Parliament. He justified this extreme action by claiming he needed to present Canadians with a bold vision and a solid plan for economic recovery by delivering a throne speech on Sept. 23.

The speech was an absolute disappointment! It was like being promised a fivecourse meal at a nice restaurant, only to be taken to a fast-food joint and given a 99-cent burger.

When Trudeau made the decision to shut down Parliament, many speculated it was nothing more than a selfish manoeuvre to avoid accountability and escape the mounting scrutiny from being investigated by the Ethics Commissioner for a third time.

In June, the Trudeau Liberals awarded WE Charity Foundation a $912-million contract to administer the Canada Student Services Grant. It was soon discovered that Justin Trudeau’s family had been enriched financially by the charity. Trudeau’s wife, mother and brother have received almost a half million dollars. There were three parliamentary committees, one of which I was the chair, that were starting to get to the bottom of the WE scandal. Documents that would shed damning light on the scandal were on their way and pressure was intensifying for Trudeau and his ministers.

By proroguing Parliament, the studies into the WE scandal were ended, documents were shredded and opposition MPs were no longer able to ask questions in the House of Commons. Coincidence? Because of the prorogation, everyone was expecting to hear a detailed plan for Canada. A throne speech is an opportunity for the government to outline a vision and a plan for the next parliamentary session.

My colleagues and I were hoping that the prime minister would use this “reset” as a chance to address some of the areas where he has dropped the ball. He could have prioritized the approval for rapid test kits, the acquisition of vaccines and support for local communities across the country.

We were expecting a detailed economic recovery plan that would emphasize the importance of two economic engines that are necessary for a recovery: energy and agriculture.

We anticipated a message of unity that would repair the damage his government has caused by pitting one region of the country against another.

Instead, what we got was the complete opposite. There was no strategy presented to get the country back on track and to safely have more Canadians return to work. The throne speech was filled with fluff and promises of unicorns.

Rather than presenting a concrete plan, the speech contained platitudes, regurgitated Liberal talking points and a litany of government benefit programs that already existed. There was nothing new, only a repackaging of previously failed Liberal promises. There was no leadership, no vision and no plan! What we can expect now are millions and millions of dollars going out the door with no strategy to balance the budget. In fact, there was no cap on spending even mentioned. The line “whatever it takes” was used over and over again. Many Canadians are asking the question, where is all of the money going to come from? Following the throne speech, in an address to the nation, Trudeau said, “I don’t want you, or your parent, or your friend to take on debt that your government can better shoulder.” Instead, he wants your children, your grandchildren and your greatgrandchildren to pay for it long after he has moved on and another leader is forced to pay off his mammoth debt load.

No other conclusion can be drawn except that Justin Trudeau prorogued Parliament to distract Canadians from his massive ethical breach in the WE scandal. He shut everything down to protect himself. Once again, this prime minister has proven that he is in this for himself, not for Canadians.

He keeps saying we need to “build back better.” What he really means is that some sectors are worth saving post-pandemic, and some are not. Justin Trudeau is picking winners and losers based on his ideological agenda. He is intentionally killing off the oil and gas industry and he is only providing support for “meaningful jobs.” Apparently, agriculture isn’t one of them. Who needs to eat anyway? The worst thing about having an activist prime minister is that he rarely focuses on what is good for the whole. Sub-groups, pet projects and ideological agendas reign supreme while entire parts of the country and key responsibilities of governance are ignored. It’s a sham.

A good leader does not act like this. A good leader puts people before government. I have no confidence in this prime minister and for the sake of our nation, I cannot and will not support the Speech from the Throne.

On Sept. 30 I held a virtual town hall where all constituents were welcome to raise concerns with me and ask questions on any topic. Many of the attendees talked about the lack of direction from this Liberal government. Some business owners expressed how they were looking to hire workers, but too many individuals are preferring to stay on government benefits instead of getting a job. Overall, there was a general sense of uncertainty and a lack of clarity on where the government is heading. This came as no surprise.

My Conservative colleagues and I will continue to press the government for a concrete plan. We will present ideas and solutions that the Liberals can adopt, and we will continue to fight for all Canadians.

As always, if you have any questions or concerns, please feel free to reach out to me at rachaelharder.ca or call my office at 403-320-0070.

Rachael Harder is the Conservative MP for Lethbridge.