Election may be over, but continue to monitor elected officials 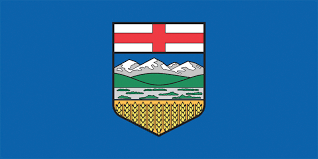 The municipal elections across Alberta may finally be over, but that doesn’t mean officials that were elected in your community should be left alone.

Continue to ask questions and bring forward issues to your mayors, councils, reeves, and school board trustees.

If they don’t know about issues happening in the community, don’t feel scared to approach these elected individuals about things that need addressing.

They represent you and they should be more than willing to hear any concerns brought forward by the people within.

Many ran on the issue that they would be open, honest, and would work collaboratively with everyone in the community.

So, hold them accountable for the promises made during their campaigns.

And as a community, continue to monitor what your elected representatives are working on and things they say and do — both on social media and in-person, whether it be council meetings or events.

Many councils look different throughout southern Alberta, and that could mean change for several communities — and if you feel the change is good or bad, make sure to let your local council know how you feel.

There’s a notion that you should only raise your voice if there are negative changes, but we feel positive changes should be highlighted for elected representatives, too.

It lets them know if they are on the right track or not, and too often they make decisions that result in no feedback from their constituents.

It doesn’t always have to be negative feedback, regardless if that’s what gets the most headlines. People elected to council are human just like everyone else, and a little positivity can go a long way.

Remember — you’re paying the bills for several projects and maintenance within your town or municipality, so if you’re in favour or not in favour, let them know.

And lastly, let’s give a big thanks to those who did put their names forward during the municipal election. Running for municipal office is no small task and and these people are hoping to give back to their community. So, a tip of the hat to everyone who was elected and everyone who put their name forward and that didn’t get elected.

It takes everyone to make a community a better to place to live so let’s all do our part.