Jann Arden is one of southern Alberta’s greatest resources 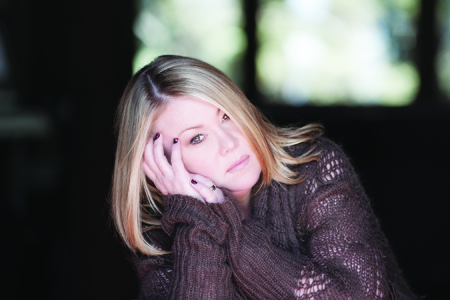 Jann Arden, nominated recently for an Adult Contemporary Album of the Year Juno Award, is back on the road in support of her latest CD, “Everything Almost.” Arden is pleasing fans from coast-to-coast with a smaller venue acoustic tour with a recent stop this past weekend in Medicine Hat.
“They can’t get rid of me,” joked Arden. “They’re probably thinking — why is she still here?”
Currently, Arden is in the process of doing pre-production on a new Christmas album to be released this fall, with producer Bob Rock.
She’s also putting the finishing touches on a new book — a novel.
“I’ve been working on a book for the past two years and I’m hoping to wrap that up in the next eight or 10 weeks. It’s a much bigger undertaking than I had thought. I’ve written books before and I did a memoir a few years ago,’ said Arden. “It could completely suck but I don’t know,” she joked. The coming of age fantasy-like tale features talking cows, a 12-year-old girl and horrible grandparents.
“It’s been a real interesting journey for sure,” she added.
Arden’s career kicked off on the Canadian music scene in 1993. The singer/songwriter, broadcaster and author has released 12 albums with 19 top ten singles. She has also received eight Juno Awards to date, was inducted in Canada’s Walk of Fame and was awarded the Queens Diamond Jubilee Medal in 2012. Arden has also appeared on the hit television series “Corner Gas” and was a featured guest several times on “The Rick Mercer Report” on CBC.
As for the Canadian music scene, Arden believes it is an amazing industry and Canadian music has always been at the forefront internationally over the past 25-30 years.
“We have Alanis Morissette, Avril Lavigne, Shania Twain, Celine Dion, and Sarah McLachlan. Just those women who were responsible for some unbelievable percentage of the entire records sold on the planet. These women, in the day, were selling 10-30 million records at a time,” said Arden, adding those young women and many young men literally broke the ice for today’s Canadian content on the world music stage.
“Look at Arcade Fire, the Arkells and The Sheepdogs and all these very innovative rock guys that are making it on the international scene and travelling the world. I think Canada, for some reason, we’re small but we’re mighty,” she added.
But what exactly does the Canadian songstress look for in a good song?
“I think you know it the first time you listen to a song. I don’t know if you call it the ‘it’ factor or whatever but I’m very much a lyric person. I love a great story and I love a clever lyric and I love the simplicity and eloquence of being able to say a lot with very little. Obviously, people like Leonard Cohen, Neil Young and Gordon Lightfoot — those guys were so inspiring when I was growing up just because of the stories they told and the poetic nature of how they did it. I think those guys are still inspiring legions of new young people all the time. You really just can’t touch that kind of songwriting.”