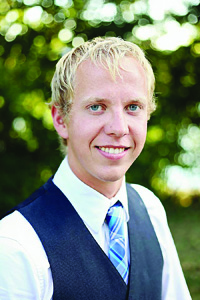 On May 5, Albertans head to the polls to elect their local MLA in the Little Bow riding. The Alberta Social Credit Party candidate for Little Bow is Caleb Van Der Weide, a first-time provincial candidate.
“The Social Credit Party is trying to bring the focus onto social conservative issues in order to kind of pressure the parties that claim to represent the social conservative voter into actually representing the social conservative voters,” said the second-year university student, who resides between Coalhurst and Monarch.
Van Der Weide added the Alberta Social Credit Party is trying to bring to light the amount of people in ridings including Little Bow interested in these topics and to be properly represented in legislation, whether by the Alberta Social Credit Party or by another party.
“Social conservative issues aren’t really going to be localized, they’re going to be provincial-wide. We’re focusing on abortion. If you talk to the PCs or Wildrose and you ask them about abortion, often they’ll say that they’re personally opposed but there’s nothing they can do about it in provincial politics. That’s kind of true because you can’t actually make it illegal in the province, that’s something that has to happen federally and it might not happen federally. But, what we can do, is we can stop forcing Albertans to pay for abortions with their tax dollars,” he explained, adding he believes that’s a relevant issue in Little Bow.
According to Van Der Weide, there’s a lot of residents in Little Bow — opposed to abortion.
“Yet, their tax dollars are paying for something they’re morally opposed to.”
Provincial budget-wise, Van Der Weide said, the Alberta Social Credit Party’s budget change would be the defunding of abortion.
“Between $7.8 and $15 million of our annual budget goes to funding abortion. If we defund that, that’s enough to pay for approximately 200 nurses full-time. It’s an unnecessary cost. We don’t really have any other changes we’re putting in our platform,” he said.
Regardless if the Alberta Social Credit Party gets a candidate in the provincial legislature, Van Der Weide said, the point of the party is to simply get a point across to voters throughout the province.
“Their vote and their support for the party will not be wasted. I think that’s an important point to be made.”