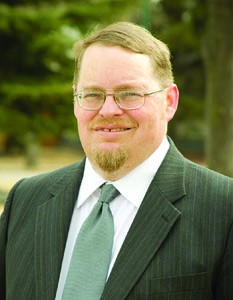 For many candidates, this federal election is their first run for office.
But not for Geoffrey Capp, a perennial candidate for the Christian Heritage Party. He’s now launching his seventh campaign — and his third in Lethbridge. “It’s something that’s always interested me,” he said. “I enjoy taking part in the forums.”
“It’s a place to contrast yourself with the others.”
He honed those skills during four elections in the Yukon, before moving his family to comparatively balmy southern Alberta.
This time, he noted, there seems to be heightened voter interest in Lethbridge and across the nation. “A lot of people are upset with Stephen Harper,” Capp said, and they’re looking for a conservative alternative.
For the current government, he added, a loss in traditionally conservative Lethbridge would force its politicians to ask, “Where have we lost our way?”
The CHP, he said, remains the only party that’s socially, as well as fiscally conservative.
While Conservative candidates can take a pro-life stance, Capp said, their leader will not back them. “We care about the family,” including seniors, as well as young families.
The Canada Pension Plan is not sustainable, Capp said, with monthly contributions going directly into general revenue. What’s needed, he explained, is a permanent and portable plan that takes five per cent off each paycheque, matched by the employer.
And if you change jobs, “You keep it.”
At the same time, Capp said, the Conservatives’ restrictions on the employment insurance system should be eased. Workers who leave their job to move to another community — or to care for an ailing family member — should not be penalized.
Rejecting the Old Testament demands of “an eye for an eye,” Capp said Canada’s justice system must be reformed to focus on rehabilitation of inmates instead of retribution.
“We need to make sure people are rehabilitated before they’re released.” But for non-violent crimes, he said, more productive sentencing could see people placed on monitored house arrest after conviction, allowing them to keep their jobs, support their families — and pay restitution to their victims.
“We have the technology,” but what’s needed is a way to enforce restitution. Young offenders, he added, “must be held accountable for their actions.”
Capp also advocates private-enterprise competition to make Canada’s health-care system more efficient, and trade agreements that don’t cripple manufacturers in Canada.
Canada should also restore passenger rail service as a safer alternative to inter-city highways, he added. That could allow more companies to bring “tele-commuting” jobs to mid-sized cities like Lethbridge. “Big cities are not the only answer.”