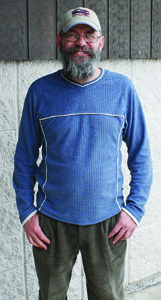 Community gardens are growing in Lethbridge County municipalities including Coaldale and now some residents in Picture Butte are pursuing an opportunity to get their green thumbs busy this spring.
Picture Butte resident Mitch Bazant recently pitched the idea to create a community garden to the Town of Picture Butte’s Cultural, Parks and Recreation Committee.
According to Bazant, he and town Coun. Joe Watson have looked at a map of the town for possible locations to plant the idea of a community garden.
“Land is probably going to be pretty easy, as long as we have a water feed,” Bazant noted.
Along the old CPR line, Bazant added, there’s a small triangular patch of land, which is not really usable for any other purpose.
“It’s right behind the RCMP station. There would be hardly any trees there to create shade,” he said, adding there are alternative locations being looked at.
Another potential location could be north of the archery range and the Picture Butte Fish and Game building.
Bazant said the aim of the project would be to benefit seniors, students and everybody in between living in the community.
“Seniors in the facilities or the lodges, they don’t have a place to garden anymore. I’m pretty sure there’s a lot of people there that truly enjoy gardening,” said Bazant.
Bazant said representatives from the Lethbridge-based consultants Stantec visited the community recently for an open house to find out where the town would like to go culture, parks and recreational-wise. According to Bazant, one of the reps noted students would be a great resource.
“Seniors could pass on their knowledge to the students. When the students see something they’ve planted and have actually grown and harvest something to eat off of it, it gives them an education and it sparks their interest, so they might become lifetime gardeners,” he said.
Bazant believes gardening is one of the favourite pastimes of Canadians and walking is another. Bazant was secretary of the Walk On the Wild Side Society and is also a gardener.
If a small plot could be utilized for a community garden project with raised beds for vegetables and if a perimeter fence was put in around the garden with flowers — Bazant believes this area beautification would be an added town attraction for tourists.
“It would give residents, guests and visitors a nice place to take a break during their day,” he said.
Bazant said there are a few steps the committee needs to take prior to moving ahead with the idea, which includes speaking to other municipalities with community gardens and looking into funding available and possible in-kind donations such as land and use of water from the town.
“Funding, really isn’t critical. However, we will need some money,” said Bazant, for submitting applications for non-profit society status and similar proposals. Volunteers will also be needed to take care of the garden and to sit on a board.
Right now, the idea is only in its infancy and in the preliminary stages but the idea seemed to be well received by committee members.
“What I have to do is generate some interest,” he said, which will include setting up a meeting of community garden enthusiasts. “And then we will go from there.”
Anyone interested in joining the town’s Cultural, Parks and Recreation Committee or if anyone is interested in sharing ideas in regards to the community garden initiative, the group meets the first Monday of the month at the town office library hall downstairs at 6 p.m.
“I’m thinking if we can get a meeting probably towards the end of February or the beginning of March, we should be able to move forward from there quite rapidly,” said Bazant.