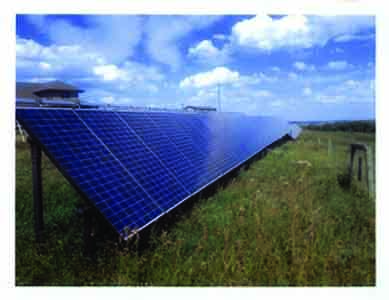 Southern Alberta’s sun is strong, as well as its wind — learning how to harness the sun’s natural power source is the basis behind Lethbridge County’s upcoming Solar Energy Workshop Mar. 15 from 10 a.m. to 4 p.m. at Coyote Flats Pioneer Village at the Prairie Tractor and Engine Museum near Picture Butte. This one-day no cost workshop will educate local residents on grid-tie solar options for southern Alberta farmers. Lunch will also be provided. There are 50 seats available.
“My program deals with all the environmentally sustainable agriculture practices out there. Solar energy is fast becoming mainstream now. Offering it to producers just gives them another avenue to help offset some of those costs on the farm. It can also set them up to maybe sell some energy back into the grid,” said Dwayne Rogness, the county’s rural extension specialist.
Two years ago, Rogness explained, the county offered a Wind and Solar Energy Workshop but now it’s just with a solar focus. “The wind is a bit redundant because they’re not geared up for producers, so much for their workshops.”
The key messages participants can take away from the workshop is to understand Alberta’s solar resource, how micro-generation regulation works and how a person can tie into the grid.
“I think that’s very important for the producers. They seem to really want to understand how they can get into the grid, selling that power back — that seems to be common,” he noted.
Other topics to be covered during the workshop include an overview of farm applications for solar energy, equipment options, micro-inverters versus string inverters, determining site viability, case studies of successful Alberta systems and information in regards to the Growing Forward 2 On-Farm Energy Management Program.
“The key thing again is to give them the opportunity to use the resources they have to help them offset costs of the farm,” he said, adding the workshop is geared towards large farms and small farms.
“It could be any type of scale, for sure. We have a producer in the county here, that actually has solar panels running an irrigation pivot. There’s many different aspects and that’s another avenue they can explore with this instructor we have here,” he explained.
As far as buy-in for solar energy in the county, Rogness said, the first workshop had close to 50 participants and so far there are 36 participants registered for the workshop leading up to the event.
The workshop’s presenter is Executive Director Rob Harlan from the Solar Energy Society of Alberta.
John Kolk, a producer, will also be on hand to chat about the trials and tribulations in establishing renewable energy on a farming operation.
“He’s running solar and wind energy on his house, just north of Picture Butte. He’s the one that had the irrigation pivot system that was being run on solar energy but he has since sold that quarter-section of land. He can speak to that because he sold it to a family member. He’s still in the loop,” Rogness said.
This year, the workshop will provide more information about economic analysis and more detail. The basics will be covered and needed for a portion of the attendees.
To register call 403-732-5333.