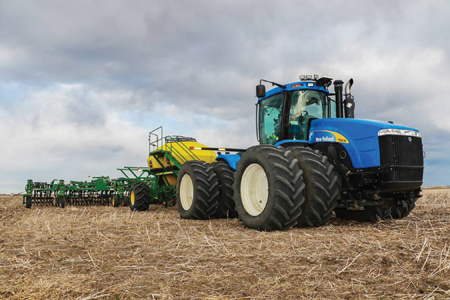 This year is a different year for sure for the agricultural sector and for harvests in particular in southern Alberta in regards to the higher unemployment rate throughout the province, due to varying factors.
“It’s a little bit easier to find farm help this year. I think one of the reasons is there’s no oil patch to run to. People are hanging onto jobs more than previous years,” said Tony Kok from Agricultural Employment in Picture Butte.
Harvests are already in full-swing, Kok noted, and his business has been placing employees throughout Alberta and in Saskatchewan.
“Pretty much, people that need harvest help, have them already and have that lined up,” Kok said.
He added his business places employees throughout the western provinces, where needed.
August is usually the month in which producers start looking for harvest help, according to Kok.
“Then they put a job ad up for it with us and we screen the harvest help and hopefully get them connected.”
Each harvest season producers look for a certain type of skill set from its potential employee pool, which includes a Class 3 or Class 1 driver’s licence and some farming background, which is considered an asset.
“When you’re running these half a million dollar machines, you don’t want to put a greenhorn on there,” he added.
For farm help, Kok said, it is a good idea for potential employees to work towards their green certificate and this training also helps employees get jobs. It’s also a good idea for potential employees to get hands-on experience on local farms too.
Next up for harvesting are beets and potatoes in the area.
“In the next two or three weeks we’ll start to see some sugar beet harvests and potatoes,” he said.
Most of the work we do, Kok explained, is for full-time positions for dairy, poultry, feedlots, and grain farms.
“A lot of them need a person all year around in the shop in the winter and haul grain in the winter and that kind of thing,” he said, adding many of the jobs filled are usually not seasonal.
It’s important for southern Albertans to embrace the southern Alberta agricultural sector, that’s for sure.
“The ag sector isn’t one of those jobs that might go downhill in five years and layoff people like the oil patch. There’s always jobs in agriculture and there’s always full-time jobs. I think the advantage agriculture has is it’s always going to be there,” Kok said.
One thing that has evolved in the ag sector is farming technology. Therefore, jobs are not just in the field and an employee doesn’t need to necessarily work hours of manual labour 24/7.
Today’s farm is tech-based and needs qualified and trained professionals to run equipment and machinery and take care of the everyday operations.
Ag Employment will be on location Oct. 19 on the main floor of the Lethbridge Provincial Building Room 126 for an Agricultural Job Fair from 1-4 p.m.
This is Alberta Agriculture and Forestry, Alberta Labour and Alberta Works’ fourth annual fall job fair.