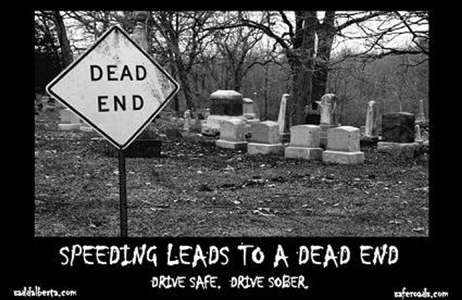 Students Against Drinking and Driving (SADD) Alberta’s mission is to inspire and motivate young people to stand up and eliminate the number one cause of death and injury among youth — drinking and driving. SADD Alberta, which is a non-profit organization and was founded in 1990, is built upon the core philosophy of youth empowering youth.
“SADD started out raising awareness about drinking and driving amongst high school students. We live by three philosophies — don’t drink and drive yourself, don’t ever get into a vehicle with anybody that has been drinking and friends don’t let friends drink and drive,” said Greg Schmidt, SADD’s provincial youth co-ordinator.
As the organization started to move forward, Schmidt added, SADD has evolved into safe driving initiatives and now just safe initiatives.
“It’s rapidly evolved from just drinking and driving to texting and driving, to drugs and driving to safe driving to seat belts and pedestrian safety now. A lot of just safe types of behaviours,” he noted.
SADD, according to Schmidt, has two different types of schools the organization reaches out to.
“We have chapter student schools, which actually have active chapters either within their community or within their school, depending on how it’s set up. We have a varying of both. As well as, non-SADD chapter schools. That’s going to be schools that just don’t have any SADD presence. We cater to both types of schools,” he explained.
SADD chapter schools get more materials and more information than non-SADD chapter schools, but every high school in Alberta receives communication from the organization on a monthly basis, Schmidt said.
“We actually spend more money on the non-SADD chapter schools because we’re trying to gain interest and support there,” he added.
Today, it’s definitely different reaching out to students about drinking and driving and safe behaviours.
“I’ve been in my role since 2005, I’ve been a part of SADD, before that more from a high school student’s standpoint. It’s changed the way we’re starting to reach students. When I was in high school, cellphones were not a thing. Where today, it would be abnormal not to have one now,” he said.
Social media platforms, instead of traditional print with posters, book marks and tattoos is now the new way to reach students of all ages.
“A lot of the stuff we’ve been doing for the last 10 years, isn’t necessarily getting through some of the clutter these days. It’s about finding new and innovative ways to engage students. Sometimes now, it’s even easier to engage someone when they’re younger, we find. We tend to see a lot of SADD chapter schools going into junior high schools and elementary schools to start the awareness at that age, so when they get to high school, they want to be part of this group,” Schmidt said.
Looking at overall stats for drinking and driving in Alberta, Schmidt said, “You can see a bit of a decrease in the younger age groups. You’ll still see that continuation of the older generation still stuck in their ways, but I think drinking and driving for Millennials is not a big of deal as some of the other issues popping up, whether it be drugs and driving or texting and distracted driving.”
Schmidt said it’s not to say drinking and driving has been eliminated, “because it hasn’t,” he added.
But, Schmidt believes drinking and driving, especially in the rural smaller communities, is still out there because of alternate modes of transportation not being available, as they are in urban areas including buses, cabs, and drinking and driving programs such as Operation Red Nose during the holiday season. In rural areas, it is best to get a friend or family member to give a person drinking a ride home.
Since harsher drinking and legislation came into effect in the province, it seems to make it a bit easier to get the message across, according to Schmidt, especially when it comes to drunk drivers being slapped with a criminal record.
But, what does that mean to you? Is what Schmidt said students are asked.
“Yes, at 21, it might not be a big deal but when you turn 25, when you want to go travel somewhere or get a job at a different company and they run a background check and see you have a criminal record now. That company has to make that decision, do we hire you? Are you going to get admitted into this other country to travel?,” he said, adding it comes down to picking and choosing what might be important to each individual student.
It’s about educating students, especially in the rural areas, about long-term consequences five or 10 years down the road because of something stupid they did earlier when younger.
“There’s more than just the short-term,” he added.