Harder has easy time in riding 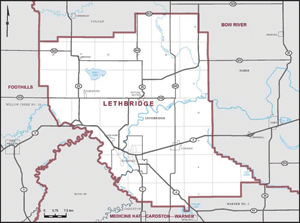 Please note that this story was updated after press deadline

The Liberal party has been granted a mandate to form government, but not a majority.

A party needs to win 170 seats to form a majority government.

In the Lethbridge Riding, incumbent Rachael Harder, the Conservative candidate, was defending her seat against Marc Slingerland for the Christian Heritage Party, Stephnie Watson for the Green Party, Amy Bronson for the Liberals, Shandi Bleiken for the NDP and Grant Hepworth for the People’s Party of Canada.

Although the election for the Lethbridge riding was not declared as of press deadline last night, according to Elections Canada, with polls still reporting in, Harder held the lead with about 66 per cent of the vote.

Early voter turnout for this election has risen compared to 2015. On Oct. 15, Elections Canada had estimated that about 4,700,000 electors voted at the advance polls this federal election, which was a 29 per cent increase from the 3,657,415 advance voters in the 2015 federal election. Advance polls were open on Oct. 11-14, from 9 a.m.-9 p.m. In Alberta, an estimated 578,219 voters turned out to the early polls to cast their vote. In the Lethbridge riding, an estimated 16,373 voters cast their ballots early.

According to the results on Elections Canada, although polls were still reporting in, about 66 per cent of registered electors voted this election.

See next week’s edition of the Sunny South News for more election coverage.