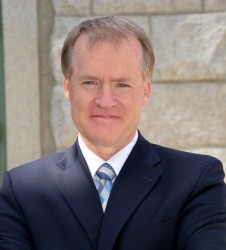 Wrapping up in the early morning hours of Dec. 9 following a marathon sitting that saw four bills passed, the fall session of the legislature is now in the books.

The UCP utilized its majority power to limit debate of some key pieces of legislation, including Bill 47 which alters workplace safety rules and worker compensation, and Bill 46 which makes changes to the Health Information Act.

But without question, COVID-19 and its many implications and impacts for public health and the economy overshadowed legislative debate during the session.

“Obviously there was some really crazy things going on in session with the COVID-19 pandemic, but I’m quite happy with how the team played, how the team was able to move forward 15 pieces of legislation,” said Taber-Warner MLA Grant Hunter. “Not easy to do, in terms of comparables to other jurisdictions, we were able to keep things moving forward and moving forward important pieces of legislation, whereas other jurisdictions shut down their legislative body.”

Hunter, who also serves as associate minister of Red Tape Reduction, highlighted Bill 35 as being one of the most important pieces of legislation passed by the house during the session while reiterating his government’s pledge to move the economy forward.

“All of them played an important role (in) the big narrative of getting Albertans back to work and jumpstarting our economy. But I would imagine that Bill 35, the Tax Statutes, Creating Jobs and Driving Innovation Amendment Act, was probably the most important in that it was able to establish us as one of the lowest net tax jurisdictions in North America, moving our corporate tax rate from 12 down to eight per cent so quickly just is another indicator that we’re ready and open for business.”

The legislature is now adjourned until February.