Gem of the West Museum Society 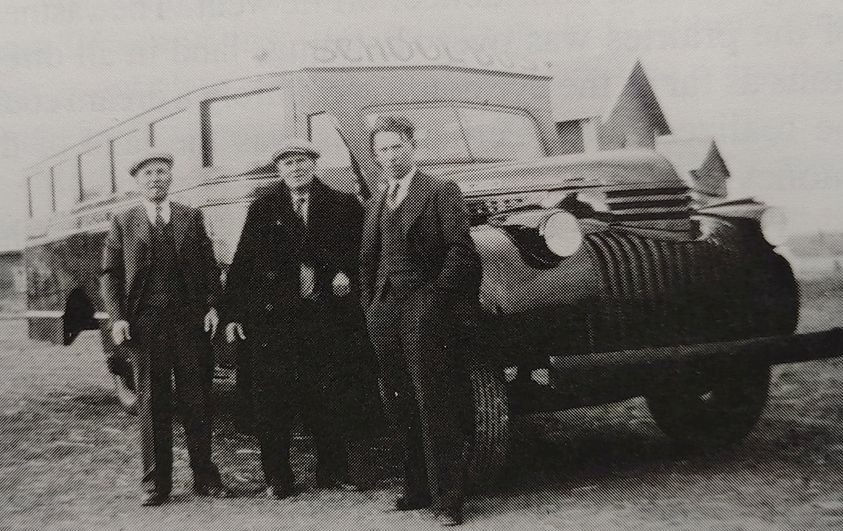 The Shologan family has a long history associated to school buses. Bill Shologan made his way to Canada in 1911 at the age of 16, but during the First World War was classified as an “alien” and worked in the northern Ontario lumber camps. After his release, he made his way west in hopes of work in the coal mines. Making it to the Lethbridge area and after many years of saving every dime, he bought land north west of Coaldale to farm. It was 1934, when times “were a bit tough” and he needed to pay off his taxes and Bill took on the mantle of bus driver (school van operator). First operating a horse-drawn van had many adventures of runaway horses and tipovers. Things improved in 1935 when the first motorized van came, but without the road we have today, it would be quite the bumpy ride across the Prairies. Time passed on and at one point Bill, his son Peter and his daughter-in-law Norma each operated a bus for the Sunnyside School. This temporary gig lead to Bill and his family giving over 33 years of getting kids to and from their education.

The stories of having to walk to school uphill both ways, without shoes, in the snow are exaggerated stories I remember being told. The evolution of school transportation is a fascinating story and here’s a glimpse of the new school bus purchase in 1942. It is believed the fellows in front are Mike Jarokosky, Bill Shologan and Mike Tymburski.