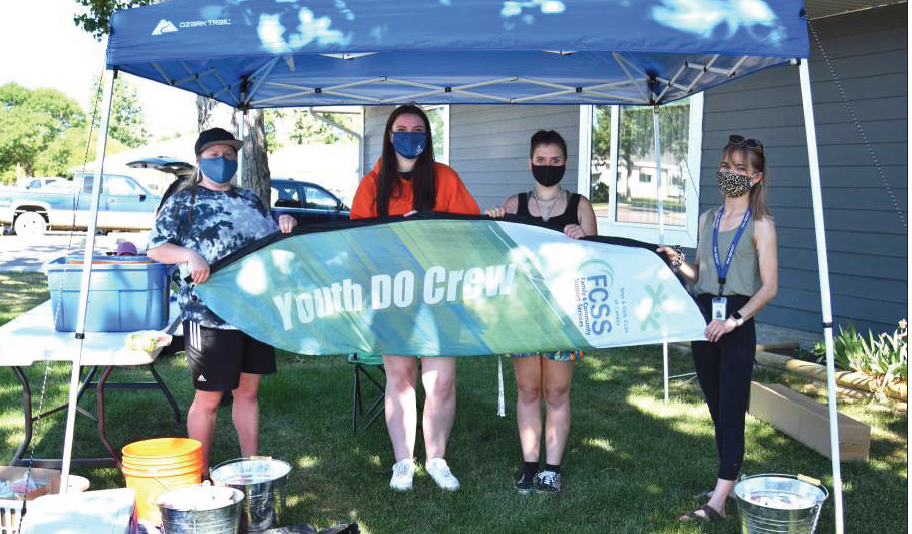 Abby Giacchetta, 16 years old, started the Coaldale Chalk and Walk “to get people doing stuff since COVID is still around.” This event started because Abby and her father Darwin spent a lot of time walking over the past year. Moreover, participants in the event were provided with chalk and some candy, as well as the opportunity to win some prizes.

According to Abby, the whole point of the Chalk and Walk is to “get out there” and have some fun “enjoying summertime.”

“I usually go on a lot of walks with my dad, and we were walking around, they made some new bike paths in town and we were thinking how it would be really fun to do some chalk art on it,” says Abby, “it was pretty much just my dad and I,” adding, “it was when we were in lockdown.”

“During the pandemic, there was nowhere you could really go for recreation. We were cruising the town going for walks,” says Darwin, “we thought, it would be nice to see something as you walk, and I think it kinda stemmed from there.”

“Abby has certainly done a lot of the heavy lifting writing up all the proposals, getting the Youth Do Crew involved, getting FCSS involved,” adding, “everyone seems to think it’s a great idea.”

“She’s put a lot of work, a lot of hours writing everything up and when she did present it to FCSS the FCSS guys went, ‘wow, where did all this come from,’” adding, “she’s very organized.”

“What we wanted to do,” says Darwin, “is turn it into a bit of a contest. Some of these kids actually go out and do some good art. Let’s upload those pictures so people who can’t make it out still get to see them.”

“Especially after such a crappy year,” says Darwin, “If you’re a parent with kids it’s like thank goodness the year is over, but then it puts you in the summer where there’s nothing organized,” adding, “hoping this will fill some of that void once parents catch it. Because I have a feeling like in two weeks time the parents are gonna start climbing the walls going — when does school start again?”

The Coaldale Chalk and Walk runs every two weeks with a rotating location. Participants are encouraged to decorate the sidewalk with chalk drawings that “spread positivity.”

According to Abby, prize winners will be determined by folks who decide to send in a picture of their drawing to the Instagram page @coaldalechalkandwalk or by using the hashtag #coaldalechalkandwalk. A name will be drawn at random and the lucky winner will need to provide their general age demographic to receive an appropriate prize.

“I’m hoping if we get enough money we can get two to three prize winners, so we get a fair amount of people winning because when others see that there can be more than one winner they’re more inclined to try,” says Abby, “even if you aren’t from Coaldale you can still come out and have some fun. We have chalk if you don’t have any, and some candy bags,” adding, “social distance, wear a mask, we have hand sanitizer, as well.”