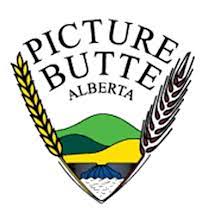 The following are selected briefs from Picture Butte’s Apr. 25 regular meeting of council.

At an earlier meeting of council, council direction was given on the drafted bylaw and it was subsequently advertised for a few weeks in the case there was any concern with the proposed changes.

“We only received one person that gave feedback and they weren’t opposed to it, they just wanted to make sure we are following the rules and believe we are following the rules,” said CAO Keith Davis. “So it’s ready for a second and third reading if council is ready to do that. The changes are basically to allow publicly zoned properties to also have chickens or urban hens where previously only residentially zoned properties were allowed.”

Both second and third readings were carried unanimously

“The reason I’m bringing this forward is because I’m watching interest rates rise,” began Michelle Overbeeke, director of Corporate Services. “We are on a variable interest rate right now for our loan which is prime plus two, I believe. So whenever prime changes then our rate changes. So far this year, we have already had two changes, and a third one will be coming in June. They’re also estimating another in July and September possibly. I’m coming to council to see if they’d be okay to stay with the variable or if they want to lock in at a rate that is higher than we are currently paying — but we’re guaranteed in the future.”

Coun. Scott Thompson asked the first question, inquiring into when the town expected to have the loan paid off. Overbeeke replied it would be paid off in five years and three months.

“So to me, that’s a pretty quick repayment timetable, so I’m not sure we’d have the opportunity to really gain from switching it over to a fixed rate,” commented Coun. Thompson.

“Right now, with trying to be a genie and estimating it, we’d be paying an extra $13,000 in interest with no penalties to switch over,” replied Overbeeke. “I can switch over to a one year and switch it back to a variable after one year, but if we go with a five year I can’t. Right now, our rate is 3.5 per cent and on June 1 they’re estimating either a 0.75 or a one (per cent) increase, so it could potentially be 4.5 come June 1. Fixed-rate is 5.5 and I have until tomorrow morning to make that decision.

Picture Butte Mayor Cathy Moore noted that having it locked in at 5.5 per cent for five years would only make sense.

With the new information, Coun. Thompson agreed, “We already know it’s going to five anyway right, and there’s no protection on it going to seven but at least if we lock it in at five then we can see the ceiling.”

Overbeeke also noted the payment will stay at $7,000 a month and it will be honoured. “And there’s always the potential to make extra payments here and there. I just can’t predict, we may not even hit five — I don’t really know. But with the way it’s going right now, I would say there’s a good possibility.”

A motion was begun for council to go with the fixed-rate interest option with a repayment period of five years. The motion was carried unanimously.