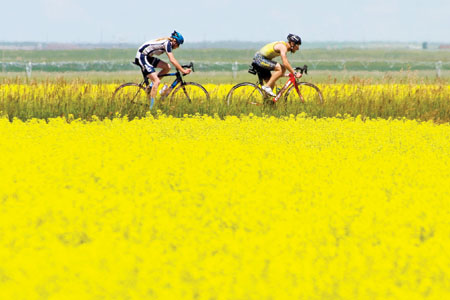 Herald photo by Ian Martens Mason Muller follows Danny Robdrup between fields of canola blooms during cycling action near the community of Readymade east of Lethbridge Wednesday during the first day of the Southern Alberta Summer Games. @IMartensHerald