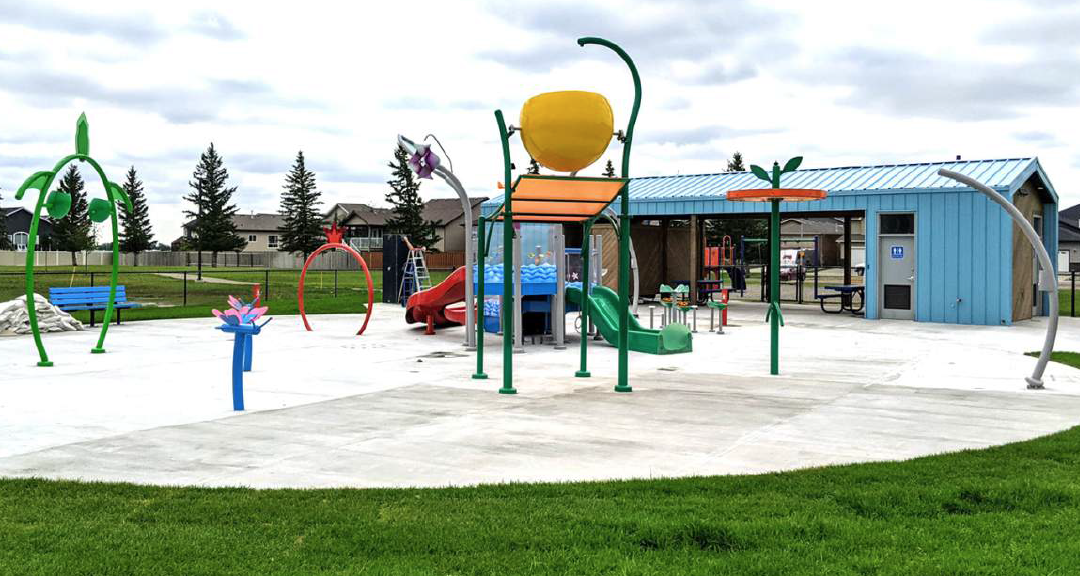 Since the start of COVID-19, many events have had to be cancelled. Still, since the recent lifting of restrictions from the province of Alberta, many activities that had been postponed are coming back to the local community and around Alberta.

Many new projects had been announced in Coalhurst before the start of the COVID-19 pandemic. Plans that had to be postponed based on funding and uncertainty on what would happen in the many months ahead.

“It’s been a few years we’ve been working on (this). I think it was just through Parks and Rec’s society at the time, we had a recreation community and went through some planning proposal, and it was kind of decisions we should explore — the possibility of a spray park,” said Town of Coalhurst Chief Administrative Officer (CAO) Kim Hauta.

According to the CAO, the Town of Coalhurst had one project approved by council to open a new spray park at Imperial Meadows Park, where various sprayers and water play areas are located and operational for children 12 and under. “This project was supposed to be finished by the end of June to the start of July 1,” noted Hauta.

“Last year, they were working on it and we hoped to open in June or July 1 of last year and then between COVID and some other delays, obviously it did not happen,” added the CAO.

Coalhurst’s brand new spray park had just opened up to the public July 28. It will be open until the end of summer and the town is excited to introduce its new project to the public. The spray park features accessible washrooms and change rooms available from 10 a.m. until 7 p.m. daily, and also includes outdoor showers, picnic tables and benches with a video security system.

Coalhurst’s spray park project was brought to life through a partnership between the town and the Coalhurst Parks and Recreation Society. The final cost for the spray park will be $800,000 — with many partnerships helping the town with this cost from applying for grants and doing many fundraisers through the community.

Many other events in Coalhurst, such as Miner Days had to be cancelled due to the uncertainty around COVID-19. But, the town had planned a different event for the public entitled, “Party in the Park” — which will be run Aug. 28, with help from the Coalhurst Parks and Recreation Society.